Center for Language, Cognition, and Mentality 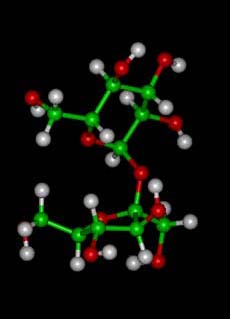 SugarTexts (ST) is a research project in the field of language, cognition, and mentality (world view & 'thinking for speaking') whose aim it is to study cross-linguistic similarities and differences in the structure and contents of texts describing the very same real world phenomenon, viz. the process of producing sugar crystals from sugar beet and sugar cane.

In contradistinction to other, more well-known cross-linguistic projects, which are focused on texts and text production, like the Pear Stories (Wallace L. Chafe 1975; Mary S. Erbaugh) and the Frog Stories (Ruth M. Berman & Dan I. Slobin 1994), the present one is more 'realistic', in that it investigates independently existing texts, e.g. those found on the homepages of sugar manufactoring companies. In ST there are thus no distortions stemming from any experimental situation. Furthermore, a SugarText describes a real-world process, not a fictitious series of events sketched in a culture-bound children's picture story book, as in the Frog Stories protocol.

The SugarPocess, conceptualized as a SugarStory and told in a given SugarText, is a generalized process, a type consisting of thousands and thousands of token processes each year during the sugar campaign all over the sugar producing world. A SugarText is a text written within the kind of language called 'language for special purposes' (LSP). The SugarTexts may differ much as to the deviance from 'normal' language ('language for general purposes', LGP).

In the initial phase of the project, in ST1 (2004-09), we have focused our attention entirely on sugar texts describing the production of sugar from sugar beets (beta vulgaris), rather than cane, and thus have been focused on 'standard average' European languages, viz. those of Danish, English, French, German, Italian, Russian, and Spanish, that is, those languages spoken where beet sugar is primarily produced.

In the second phase of the project, in ST2 (2010?-?), we want to supplement the beet SugarTexts corpus with texts from e.g. Finnish, Japanese and Chinese.

In ST2 we also want to complement the project with a study of cane SugarTexts, making it possible to include many more languages, also many non-Indo-European ones.